What's the story with Gamification

For gamification to be great, it needs to be sustainable, effective, and engaging. Nothing ticks all those criteria better than a good old-fashioned story.

Inside the Mechanics of Gamified Storytelling

Gamification is still a relatively misunderstood and poorly executed craft. For most people, it’s the application of points, badges, and leader boards (PBLs), as they are the most common and most straightforward game mechanics to apply.

Because of this, it often results in initial engagement, a few quick lifts in performance, and excitement for some employees. However, in my experience, it is rarely sustained due to these common oversights:

That said, there are sustainable, effective ways to implement these game mechanics so that badges are meaningful and leader boards create an iron-sharpens-iron culture.

There are plenty of articles and research on this exact aspect of gamification, so instead, I wanted to explore one game mechanic that is often overlooked, under-utilized, and perhaps not even recognized as a game mechanic… storytelling.

The Power of a Good Story

Storytelling is a powerful tool we humans have used to share knowledge and culture since the dawn of time. Indigenous Australians (the world’s oldest continuous culture) have used storytelling that dates back 60,000 years! Used to pass on survival tips and cultural beliefs and record information such as sea levels over the past 7,000 years!

Gamification, on the other hand, has not been around that long, yet stories play a vital role in its success. Storytelling, in the much younger world of gamification, does one thing well. It asks a simple question. What’s next?

You see, one thing points badges and leader boards fail to do as effectively is create a reason for people to return (to whatever you are driving) consistently. They are not good at creating space for curiosity, which is a great attribute to have in employees. Why is curiosity great? Well, it’s linked to many benefits:

PBLs can be great motivators when implemented correctly, but they don’t necessarily anchor someone to an intrinsic why.

“The past beats inside me like a second heart.”― John Banville

As humans, we are constantly looking for a reason to make a connection. Storytelling is a fantastic tool for helping to form connections. It helps organize how we store and categorize information in our brain by creating stronger neural connections. It does this because, unlike raw data, stories have emotion, flavor, structure (beginning, middle, and end), and surprise (plot twists and conflict), making them more memorable.

I was lucky enough to attend a workshop by Daniel Kilov, a Mental Athlete (yes, it’s a thing). He impressed us by memorizing a shuffled deck of cards in just a few minutes. In his workshop, he taught the other participants and me how to remember 50 random items. At the beginning of the challenge, we were given a list of 50 things to remember, and most of us sat there repeating them over and over again in the hopes that repetition would be the key. Most of us were lucky if we could recall much past the early teens at best. However, Daniel taught us a technique using a combination of special awareness and, you guessed it, storytelling. Suddenly I could recall 50 random objects with little effort within a very short time. This skill became quite valuable when I had to memorize 240 employee names in a week.

So, storytelling drives curiosity, which has many positive benefits, and it also forges mental, neurological, and personal connections, which is great for engagement, a sense of achievement, and belonging.

For gamification to be great, it needs to be sustainable, effective, and engaging. Nothing ticks all those criteria better than a good old-fashioned story.

So, suppose gamification has piqued your curiosity. In that case, you may want first to consider the story you want to pair with your more traditional game mechanics.

The only question now is… What’s next? 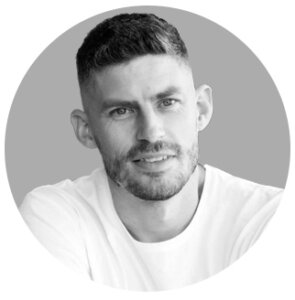 About the Author: Luke Jamieson is the Global Content Director at Centrical and one of the top 25 global influencers and thought leaders on customer experience and employee engagement. His rebellious, unconventional approaches have been attributed to him earning such titles. But it is his combination of vision, high energy, audacious creativity, and mischievous execution that makes him an inspiring and refreshing speaker, podcaster, and blogger.

Share:
Let's stay in touch
Prepare your employees to deliver success! Get tips and insights in your inbox a few times a month.
We'll never share your email address and you can opt out at any time, we promise.